As promised, my guesthouse host Eun Kyung met me at HBC House at 10:30am. She brought me around Haebangchon neighrbourhood which according to her will be the next big thing in Korea after Itaewon as foreigners began to congregate at this area. She brought me to a famous local kimchi jjigae restaurant for breakfast. It was such a coincidence that this was exactly the restaurant that I visited with Shi Keat and Quan Yen last year. It was recommended by Mely at that time. I wanted to try it for a second time as I miss the kimchi jjigae here.

We talked about her idea of setting up a bread & breakfast business. I admire her courage to quit her day job and start her own business. I think it is not easy. She kept saying that I seemed like a professional Korea traveler. I was glad that we could talk freely with each other and that I made a new Korean friend.

Eun Kyung then brought me around the neighbourhood. She brought me to a street at Hoenamuro which according to her belongs to a Korean business man. This Korean business man was a designer. He also cooks delicious pasta and once, the residents urged him to open his own restaurant. He did, with his brilliant culinary skills and design talent, he opened his first restaurant with his own distinct theme and concept. Customers flocked to his restaurants and soon, he had the funds to open his second, third and man more other restaurants, bakery and cafe along the same street. After a few years, people honoured his name to that particular street. He even had his own sign board at the beginning of the street showing the directions to each of his outlets. Here's a picture of it:

After that, Eun Kyung recommended Churros to me as it was the trend for young Koreans at that time. I bought a churros ice cream for 3000 Won and it was good especially in such a sunny weather. After that, we went back to HBC House and Eun Kyung brought me to the roof top where they would sometimes hold barbeque party. It was a shame that I didn't have the opportunity to join the party this trip. There was a shelter up here built by a guy who lived on the top most floor. The view from here was magnificent. We could see N Tower and Namsan from here. 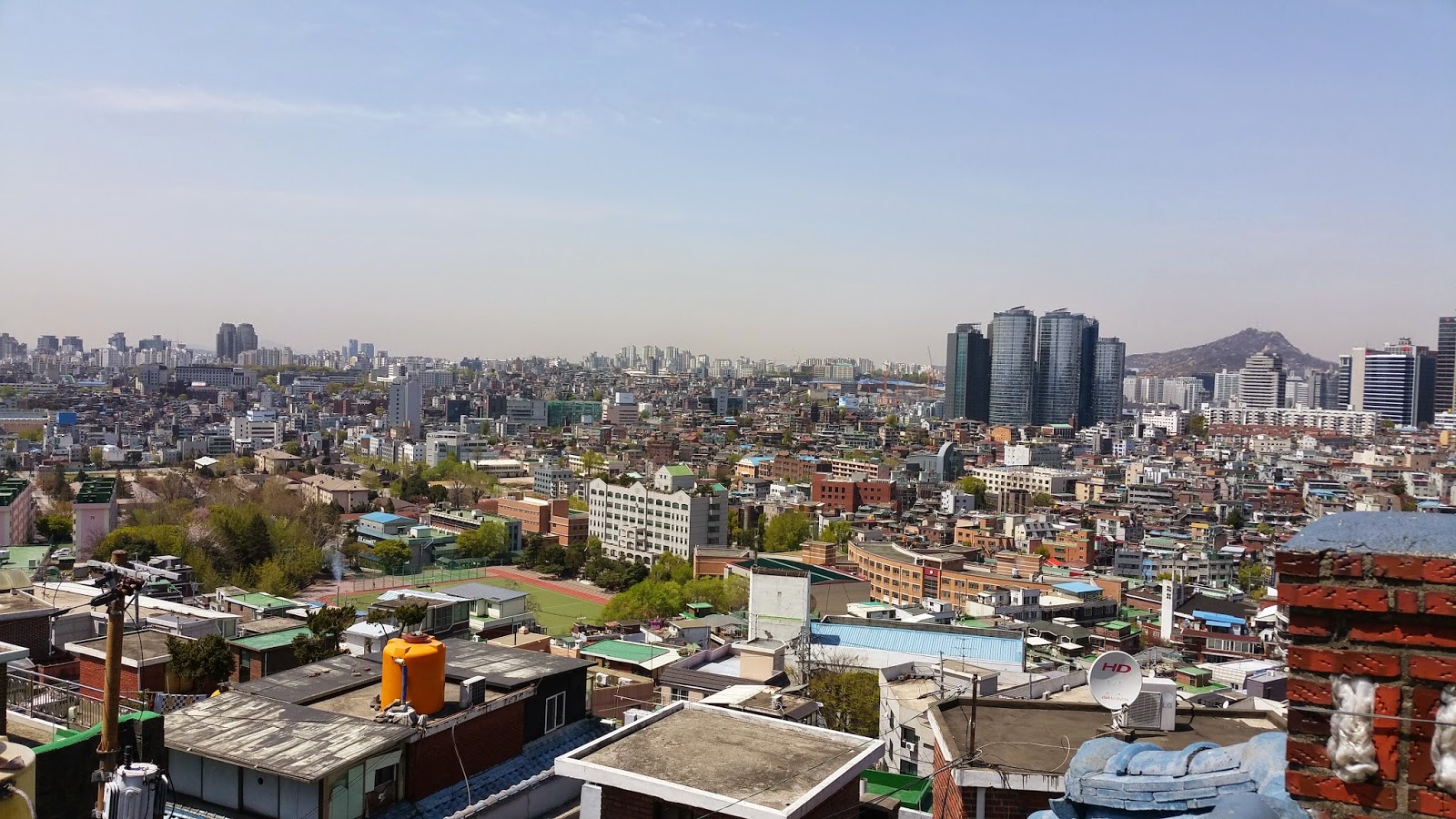 I thanked Eun Kyung for her hospitality and packed my things to go to Incheon Airport. When I reached Incheon Airport, I found out that my flight was delayed by one and a half hours. It was so boring to wait at the airport alone.

Anyway, I boarded the flight at around 6:20pm and reached Singapore safely at near midnight. When I came out from the airport, it was so hot and humid that I could barely stand it. I wondered how I managed to love in this region for 25 years. Chong picked me up and we took a taxi back home.